for the pets you love

for the pets you love

Our veterinarians at PetVet Animal Health Center are all dedicated to their clients and patients. We strive to meet the needs of you and your pets every day. Our doctors each have areas of special interest that allow us to provide a wide range of medical and surgical services. They also participate in numerous continuing education conferences each year in order to bring you and your pets the most current knowledge and techniques. We hope you will use the quick bios below to get to know our veterinary staff, but we also extend an open invitation to come by the practice and meet them in person any time you would like. We’re always happy to see new faces, both furry and not!

Dr. Brawner is an Auburn native who graduated from Auburn High School in 1990 before moving on to Auburn University where he obtained his Bachelor’s and Master’s degrees in Zoology prior to attending the Auburn University College of Veterinary Medicine. He obtained his Doctor of Veterinary Medicine degree in 2001 and accepted a job as an associate veterinarian at Carriage Hills Animal Hospital in Montgomery where he spent eight and a half years before coming back home to Auburn to take over as the owner and primary veterinarian of PetVet Animal Hospital. Dr. Brawner’s areas of professional interest include preventive medicine and wellness care, dentistry and oral surgery, and soft tissue surgery.
Dr. Brawner is a member of the American Veterinary Medical Association, the American Association of Feline Practitioners, and the Foundation for Veterinary Dentistry. He is also Fear Free Certified.

While in Montgomery, Dr. Brawner met his wife Meredith. They were married in September of 2003 and the couple now has four children, Will, Anna Kathryn, Jack, and John Thomas. They also have two dogs, Charlie and Josie, and two cats, Pumpkin and Mable. Dr. Brawner and Meredith are excited to be in Auburn and enjoy the opportunity to serve and be a part of this great community. 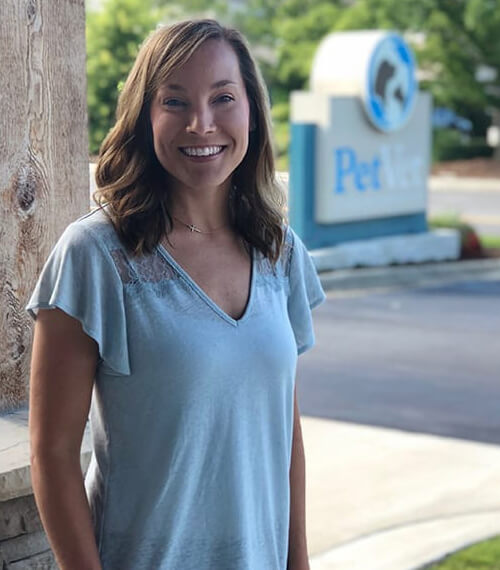 Dr. Starla Riggs joined the PetVet staff as our second veterinarian in February of 2014. She is a 2013 graduate of the Auburn University College of Veterinary Medicine. Prior to attending the AUCVM, she obtained her undergraduate degree, a Bachelor of Science in Zoology, from Auburn University.

Dr. Riggs is originally from Monroeville, Alabama, and moved to Auburn in 2004 to attend Auburn University. She met her husband, Jason, during her time as an undergraduate, and the couple was married in 2007. Jason is an attorney in Opelika who works primarily with the family court as a guardian ad litem. The couple has two children, Isaac and Hanna Kate. In addition to their children, Starla and Jason have a Brittany Spaniel named Caddy, a Golden Retriever named Lexie, and a cat named Gully. 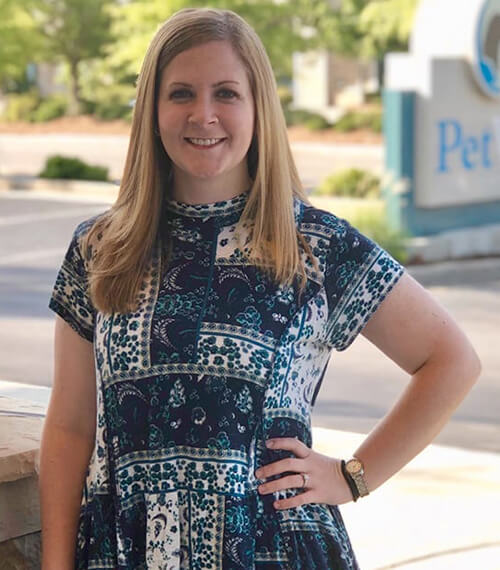 Dr. Kileigh Speed is the newest addition to our team of doctors. She graduated from the Auburn University College of Veterinary Medicine in 2019 following completion of her undergraduate Bachelor of Science degree in Animal Sciences, also from Auburn University. She is originally from Dothan, AL and recalls wanting to become a veterinarian from the age of 3 years old. So she’s living her lifelong dream. She spent much of her time growing up gearing herself towards that goal, including working with us as a veterinary assistant prior to veterinary school (some of you may know her from that time).

Dr. Speed is engaged to be married to another practicing veterinarian, Dr. Zac Hassler, whom she met during her undergraduate time at Auburn. She currently has a Catahoula named Murphy and enjoys taking him on adventures whenever possible. She also has four other dogs named Ellie, Nilla, Yoda, and Ewok that spend most of their time in Dothan with her parents, but she still claims them as her own. While away from the clinic, Dr. Speed enjoys watching movies, photography, drawing, and spending time with her friends and family (furry friends included). 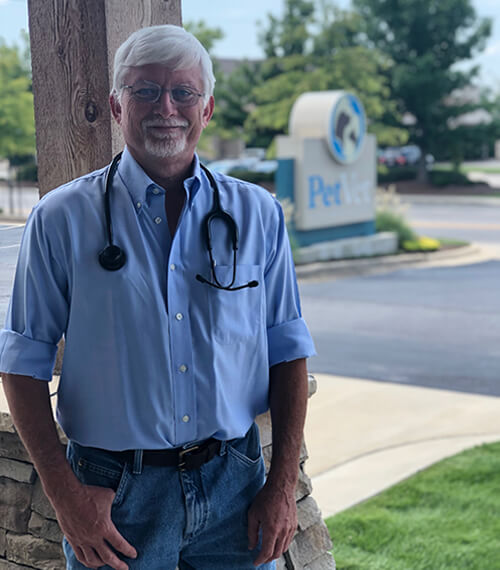 After brief faculty appointments at U.A.B. Medical School and Mississippi State College of Veterinary Medicine, Dr. Montgomery returned to Auburn in 1990 where he continuously taught and performed surgery until 2015. While there, he served as chief of surgery, director of the Southeastern Raptor Program, was voted Teacher of the Year, and awarded the Bruce Pratt distinguished Professorship.

Upon his retirement from Auburn in 2015, Dr. Montgomery was voted Professor Emeritus by the faculty and administration.

We are happy to have Dr. Montgomery here at PetVet Animal Health Center. He is available on a referral basis to see orthopedic surgical cases as well as lameness evaluations and to consult on medical management of orthopedic conditions. Examples of some of the procedures performed at our hospital include: TPLO procedures for stabilization of cruciate ruptures, patella luxation stabilization, fracture repair, mass removals, OCD, FCP, FHO, biceps tendon release, exploratory surgery, joint surgery, arthrodesis, biopsies, foreign body removal, TECA, and more.

When Dr. Montgomery is not busy treating pets, he enjoys spending time with his family, fishing, college sports, and travel. His current pets include dogs, cats, and horses.